Instead of Rating Performance with Numbers, How About Adjectives? 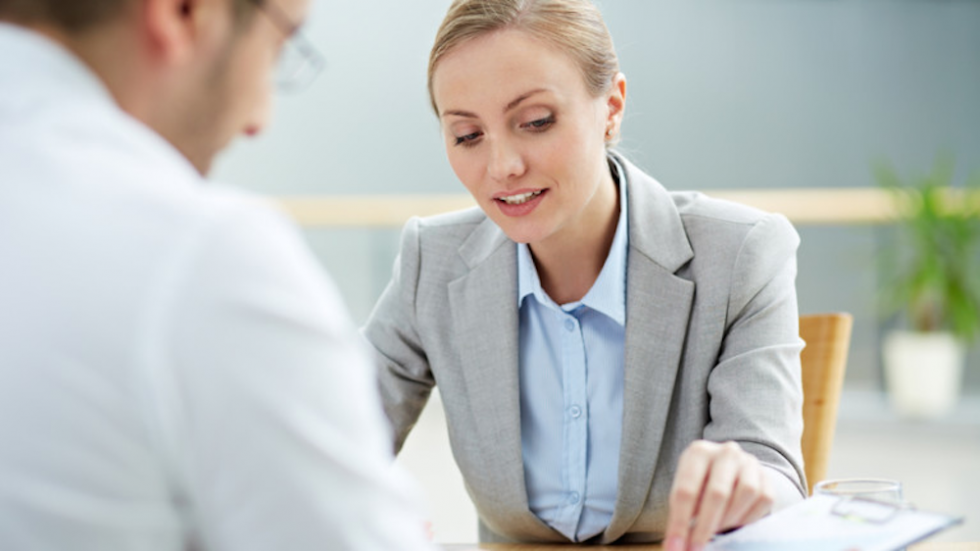 How would it go over if, during the next round of employee evaluations, you replaced numeric ratings with adjectives?

In other words, instead of ranking workers on a scale of 1 to 5, you picked five adjectives to describe their work. Perhaps words like “industrious,” “prolific” or “creative.”

“The problem with using numbers to rate performance is the majority of people are squeezed into a very tight range that shows little distinction between superstars and poor performers,” said Merrick Rosenberg, CEO and founder of career coaching company Take Flight Learning in Marlton, N.J. “When they are characterized with adjectives that validate who they are and what they do, they are likely to be satisfied.”

Goldman Sachs and Morgan Stanley announced their move away from numeric rankings in late May and early June, respectively. In addition to adopting adjectives to rate employee performance, the investment firms are keeping their 360-degree reviews, in which workers are assessed by managers and peers. Managers will also provide workers with more-frequent feedback.

Employment experts note that workers who receive an annual numeric rating are stuck with the number for an entire year—and it may insufficiently label them and not capture all their contributions or the nuances of their work.

“The research suggests that assigning only a rating can have a marginalizing and demotivating effect on even the highest-performing people,” said Greg Pryor, vice president of leadership and organizational effectiveness at Workday, a Pleasanton, Calif.- based firm that provides cloud applications for finance and HR. “In my experience, high-performers seek feedback that [lets] them know specifically and practically what they can do to move forward.”

Nearly daily, I hear from HR and C-level leaders who find that work and innovation are happening at a faster cadence,” he said. “Board meetings happen every three months, and new goals are being set at a similar speed. It doesn’t make sense to only give employees one numeric, formal review. Imagine if your Fitbit gave you your step count at the end of each year. It’d have absolutely no impact on the way you work. Managers should be reviewing employees’ work at least quarterly and convening to discuss progress frequently, in some cases weekly or monthly.”

HR consultancy Mercer LLC has evidence that suggests some employees may miss numeric ratings, said Pat Shannon, a Mercer partner. In Mercer’s 2016 Global Talent Trends Study, which surveyed 1,730 HR leaders and more than 4,500 employees in 17 countries, 65 percent said numeric ratings are important because “they help me to know where I stand and encourage me to improve my performance.”

“It reminds me a great deal of the narrative report cards my kids got when they were in elementary school,” Balzac said. “It’s not hard to figure out which descriptors map to an A, which map to a B and so on. To the extent that Millennials might be more used to this format, then they might find it more informative.”

Lori Holsinger, a principal at Mercer, said companies will want to be sure “they have the substance to clarify the adjective for the employee—what the adjective means related to past performance and the employee’s development and growth at the company.”

Without numeric rankings, however, might it be difficult to objectively hand out raises, bonuses and promotions?

“At the most cynical level, adjectives will quickly map to numbers,” Balzac said. “More broadly, though, a descriptive narrative that focuses on specific incidents and general trends in an employee’s performance can be quite valuable. People need feedback. So it really depends on how it's handled. Are we just substituting words for numbers, or are we using the words to convey significantly more information than we could with just the numbers alone?”

Holsinger said companies are finding that making pay decisions based on a group of factors, rather than relying on a single rating, actually helps them make more-effective decisions.

Dominique Jones, chief people officer at Ottawa, Canada-based Halogen Software, said managers will need training so they can be “accountable for distributing fair and equitable merit increases based on a more holistic set of behaviors, employee performance and skills using data accessed from ongoing performance discussions throughout the year.”