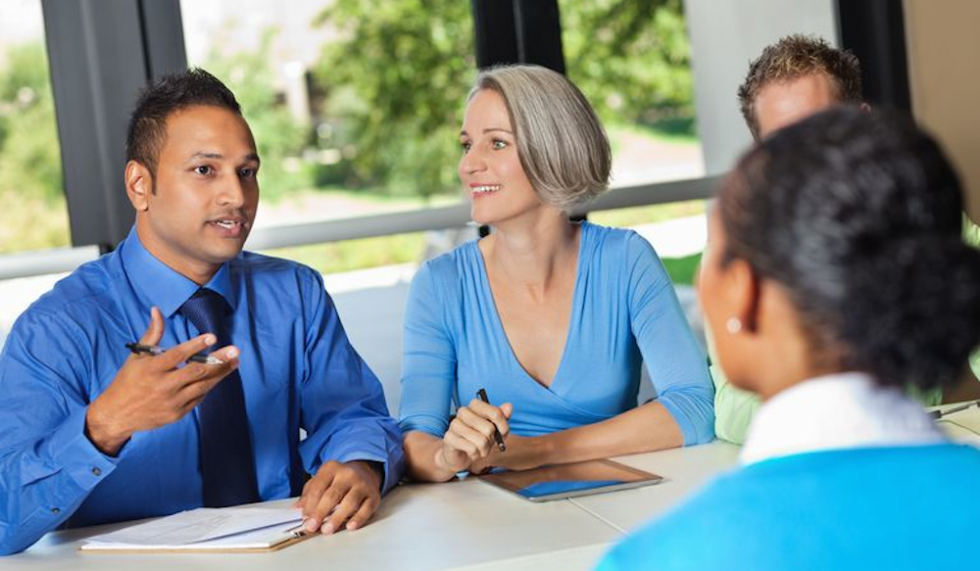 You Will Add More Value to the Business

This article originally appeared on The Balance, July 30, 2016

Treating all roles within a company equally is the most unfair way to run an organization today. Striving for equality may actually repel the people your company needs in the most critical roles while attracting the wrong people in other roles.

The result is that the business, and all employees, will ultimately suffer.  Sound dramatic? The business environment today is dramatically different than it was just 20 years ago.

To appreciate how businesses got here, go back to the late 1800s when the country was deep in the industrial age. Workers were needed to ensure that tangible assets - machinery, assembly lines, stores, and equipment - added value.  Unions emerged to secure the basic rights of employees and soon after, personnel teams formed to act as the liaison between workers and owners.

Through the 19th century and much of the 20th century, little difference existed between the book value of companies and their market value. Investors paid for the value those tangible assets produced, a relatively modest markup. Personnel functions began overseeing the hiring and management of the labor.

Economic Changes Since the 1970s

Since the 1970s, however, the economy has dramatically changed due to technological advances, the advent of the internet, greater access to higher education, and other important factors.

It is no longer the case that there is little difference between the book and market value of companies.

For many of the most highly valued firms, there is almost no relationship between the book value – the tangible assets the company reports – and the market value (a calculation of the shares outstanding, multiplied by the market price per share).

The difference between the book value and the market value is typically the value of intangible assets in the form of intellectual capital. Intellectual capital includes assets such as brands, trademarks, patents and customer relationships. Due to arcane accounting rules, these incredibly valuable assets are not included on the books of companies that develop them, yet they represent the lion’s share of business value today.

For example, look at Facebook. At the time of this writing, the market value of the company is nearly $334 billion. Almost 100% of this value is created by the company’s intellectual capital – proprietary algorithms developed by their people (among them personalized identity signals created every time a visitor interacts with the site), its advertising platform, the brand, and so forth.

The sole source of these assets is talent. The tangible assets Facebook owns – buildings, equipment, etc. – are of an infinitesimal value in comparison.

The importance of human capital has dramatically changed in the last few decades; the pendulum has swung from labor to knowledge workers.

During this same time, while many personnel functions have evolved into human resources teams, HR has not fundamentally changed.

It continues to oversee the employee life cycle of hiring, managing and retaining, yet not much has changed other than titles, the organizational structure, and technology. In general, HR functions apply the same fundamental approaches to hiring, managing and retaining that they have for decades.  They don’t understand what has changed in the value creation mechanism of businesses and what that implies for their work.

The typical model ensures that there is little disparity between roles as HR leaders advocate and institutionalize the notion of parity and equality among employees. Differences are typically based on status (e.g., hourly versus salaried) or level (differences for front-line leaders vs. the top 100 leaders).

These distinctions are rooted in an outdated, industrial era framework where the priority was to treat all roles as equally as possible to efficiently organize the labor and the work, and to defend employers from claims of discrimination. Employees’ classifications – then and for the most part now – dictate their benefits, status, programs, and rewards.

This model lives on despite the negative impact it has on business results. Consider this. In the modern-day knowledge economy, the sole source of intellectual capital is people.  Finally,  organizations can genuinely say that people are our greatest assets.

Not All Roles in an Organization Are Equally Valuable

In a knowledge economy, as explained in the Facebook example, more value is created through growing and activating intellectual capital than by producing or moving products or equipment. Hence, in a typical business today, all jobs are important (or they wouldn’t exist) but only some are critical to creating and sustaining market value.

Walmart, near the top of the Fortune 500 list with the highest revenue, has many tangible assets – stores, trucks, offices, warehouses, etc. However, you can attribute over half of the value of the company to intellectual capital – data on consumer preferences that ensures proper in-stocks; market intelligence regarding where to build, change, and close stores; proprietary supply chain technology; and valuable vendor management methodologies.

While an accounts payable clerk or a forklift driver at Walmart are both important roles, they don’t create tangible business value. On the other hand, roles like Senior Project Manager, Forecasting Innovation and Planner, Import Demand Planning (both posted on Walmart’s careers site at the time of this writing) could, in fact, represent incredibly important roles to the company’s enterprise value.

This difference between important and critical roles is real and measurable. The value that some (and only some) jobs create necessitates a radically different approach to determining how the talent for those roles is hired, managed, and retained - differently from other, less-critical, roles.

Connecting intellectual capital to critical roles and ultimately business value is an emerging concept. What’s not new is the struggle most companies experience to source, select and retain top talent for their most important jobs. Many use the same old approach they’ve been using for years. Consider the typical company’s talent management efforts.

Recruiters handle roles on a first-in, first-out basis. They alter this approach at times to accommodate the most demanding hiring managers.

Interviewing approaches and selection decisions are often dictated by the preferences, beliefs or whims of hiring managers. Little consideration is given to the marketplace scarcity of the talent needed, the competition for hiring, and the needs of the most sought-after candidates.

The selection process (including assessment, screening, interviewing, and so forth) should be structured, efficient and differentiated based on the importance of the role and the scarcity of the talent needed. Inconsistencies and outdated practices, such as panel interviews and multiple rounds of in-person meetings, that result in poor hiring outcomes, should be cast aside once and for all.

Setting aside all the talk of abandoning annual performance reviews and ratings, most companies apply the same general approach to non-exempt vs. exempt roles. The focus of the organization is typically on the process (forms, meetings, ratings, roll-ups, etc.) rather than on improving organizational performance.

The way labor is successfully managed is radically different than the way in which you would manage knowledge workers. You need to differentiate the performance management process – including goal-setting, feedback, coaching, recognition, and rewards – by the type of work that you expect of the employee.

These examples illustrate the radical way in which HR must be re-invented in order to create business value in today’s world. Treating all employees essentially the same, even when distinguishing by level, can have a devastating impact on the business over time.

You see new thinking in some high intellectual capital industries and start-ups – where leaders eschew the old-school HR approach - and instinctively know that there’s a better way. Examples include:

But is the ship just too big to turn in other companies? Time will tell but companies moving forward with disrupting the status quo of the HR function will certainly benefit and thrive, as will their employees.