The Down Jones Industrial Average should be renamed The Dow Jones Intellectual Average.

We know the marketplace has long shifted from an industrial economy to a knowledge economy. But until now, no one has been able to measure with certainty how talent strategies impact overall company performance.

We began publishing the Intellectual Capital Index©, beginning with 2015 financial results, to do just that. We have found that leading companies in the DJIA share a common source of value - intellectual capital. We’ve also zeroed in on a set of facts that cast these companies in a new light:

These hard numbers indicate that intellectual capital—which is solely driven by people—now drives more than $4.4 trillion dollars of the value for companies in the DJIA alone. In fact, human capital is the only active driver in creating intellectual capital, and over time actually has a compounding impact on value, much like the concept of compound interest.

We believe understanding and acting on this is the cornerstone of an effective 21st century talent strategy. That's why we recommend that companies of all sizes:

Ready to see where you rank? Let us show you where you are, how you compare to your industry peers, and how you can improve your talent strategies to drive greater market value.

The ICI measures the market value of a company above and beyond tangible assets, including internally developed brands, patents, technologies and other intangible assets not recorded on the company’s books (per current accounting rules) as well as those on the books acquired through purchase. (The ratio can exceed 1.00 if a company has made acquisitions and booked intangibles larger than its shareholder equity).

Five of the DJIA stocks (petroleum: Exxon and Chevron and financial: Goldman Sachs, J.P. Morgan Chase, Travelers) were excluded from the study. The accounting rules for these businesses are distinct due to the nature of the asset categories (oil and money) they trade in and do not allow for comparable and accurate analysis. 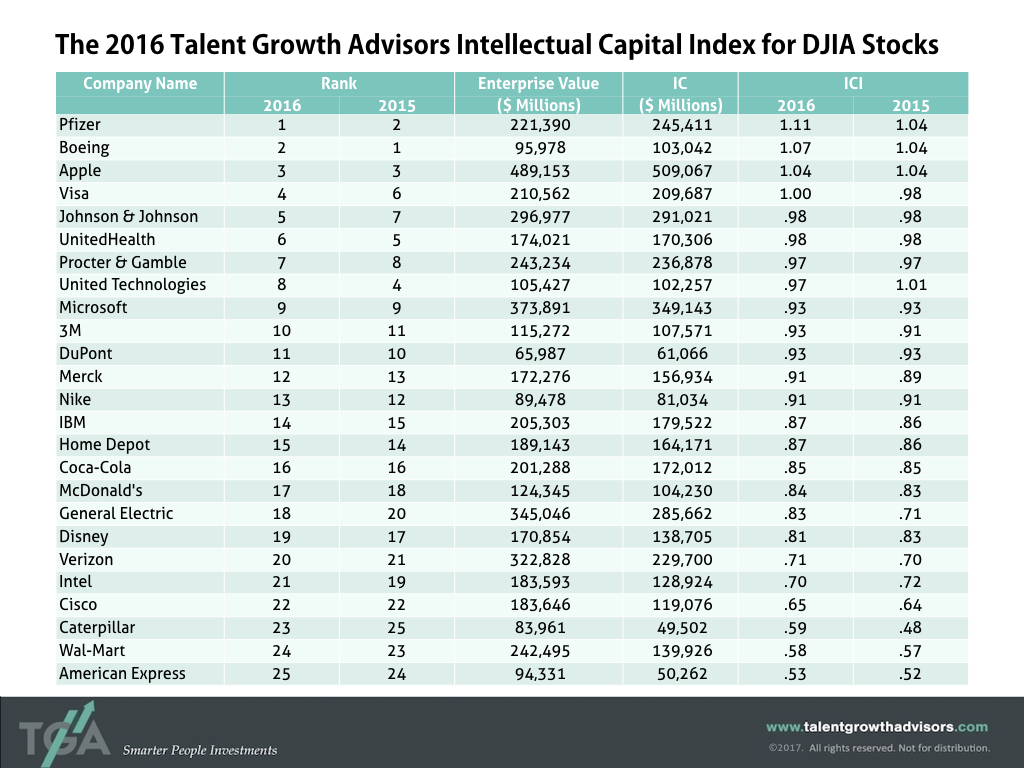 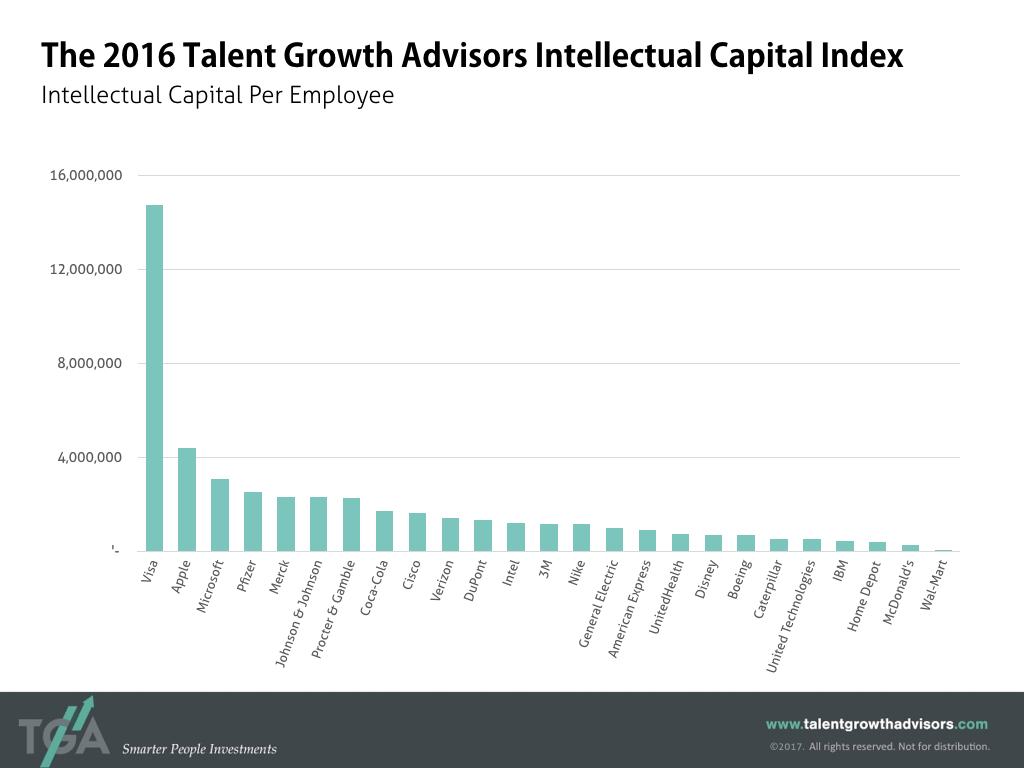 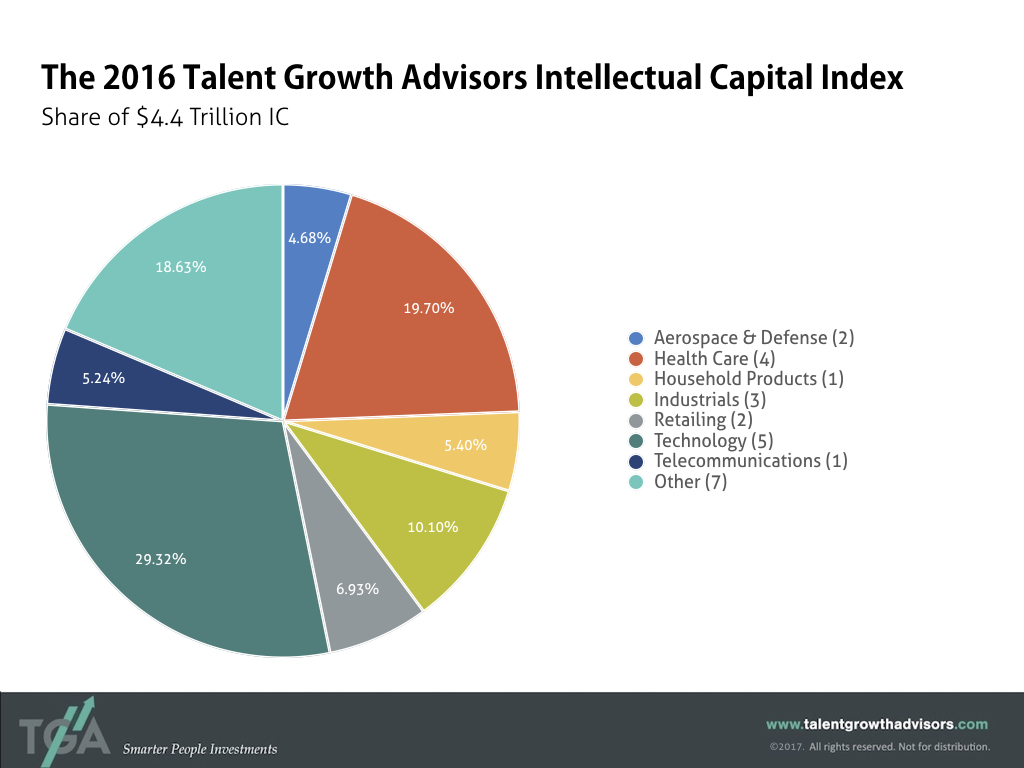 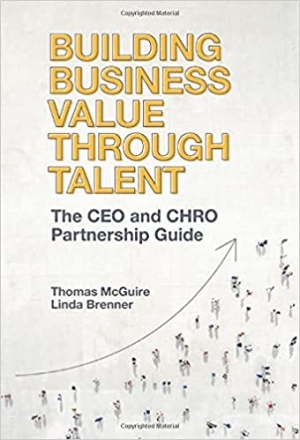 Building Business Value through Talent uniquely describes how a CEO and CHRO can accelerate business growth by working together to design and operationalize value-driven talent strategies.

CEOs focus on decisions that will drive the business strategy forward while HR leaders routinely try to satisfy the needs of the largest number of employees. Often, the two align superficially or in administrative ways - and to put out the occasional flash fire. This book changes that dynamic by unlocking the investment potential of HR and empowering an unprecedented, tangible and measurable partnership between CEOs and CHROs. Framed as a product guide, the product is visualized as the HR Operating Model necessary to succeed in our modern economy: a business-based talent planning and investment strategy to sustain talent solutions and intellectual capital growth.

This product guide provides the tools and insights that business leaders are seeking in order to win the ever more challenging battles in their war for talent. Learning and adopting these winning practices will provide a visible testament to the effective leadership of any CEO and CHRO team.